This was intended to be a post about how our tires lose their square form and become round again. Since we managed to ride the curviest 200 km since our arrival in North America.

Starting out at Ciudad Obrégon, the road led into the Sierra Madre, 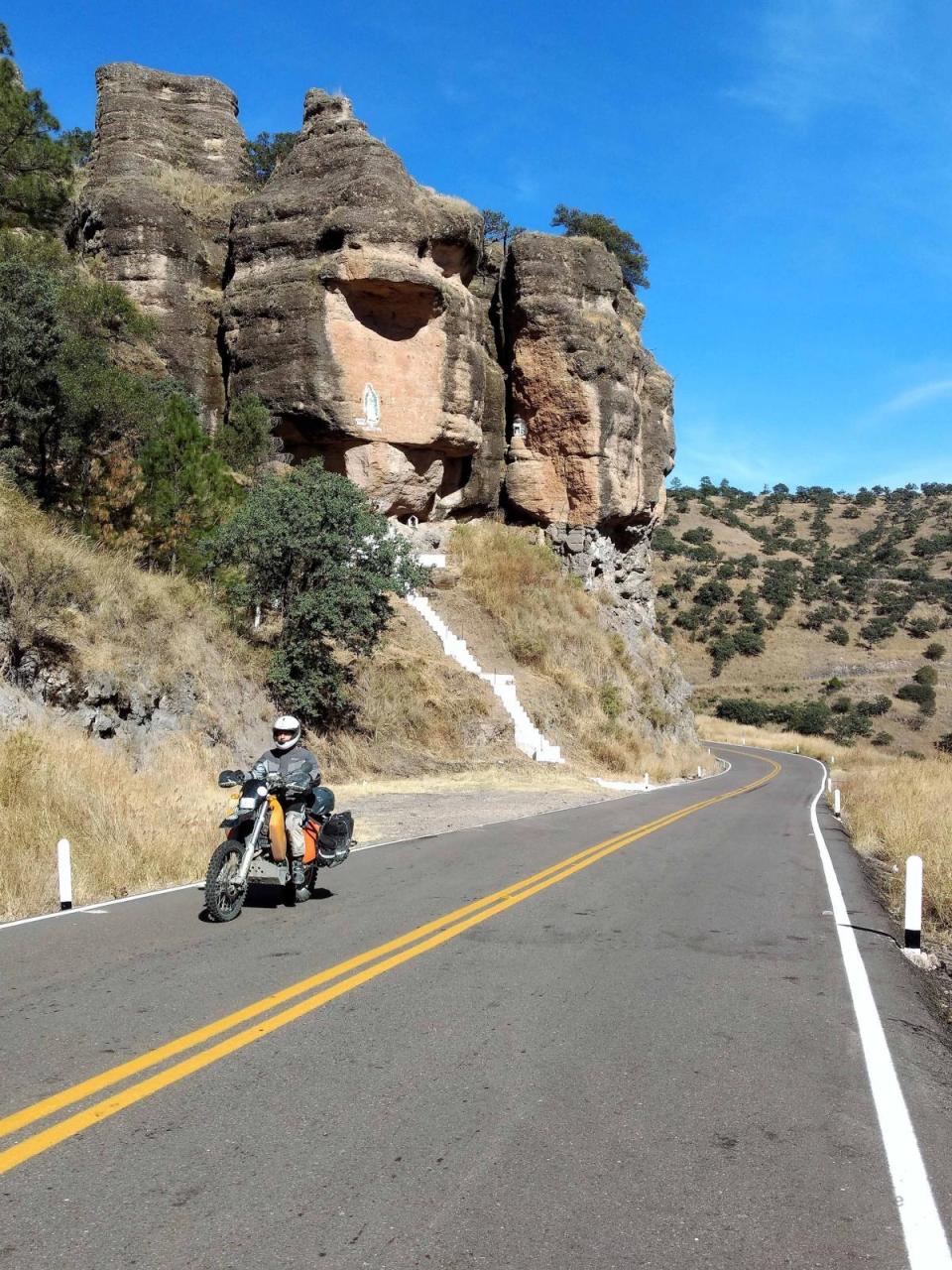 towards Copper Canyon – which is supposed to be a touristic highlight in northern Mexico. Suddenly, my engine sounded much louder. No, it didn’t make any strange noises. It was just really loud, eardrum shattering loud. During our next break I asked Thomas to take a look. But the moment he started the engine, I realized that it sounded almost normal. Test riding, he still thought he heard some noise but nothing to worry about. We spend the rest of the day and half of the next trying to sort out which was the noise we each were talking about 😉

In the small, really small, village of Yepachic, we found a hotel – nothing very inviting. 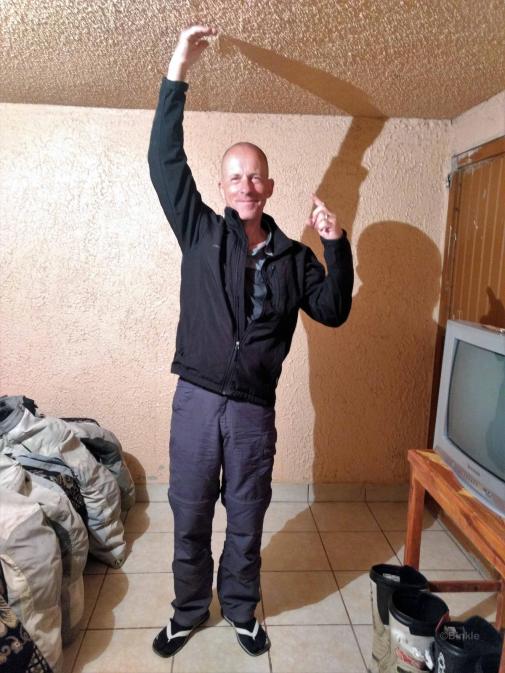 Only for small Mexicans 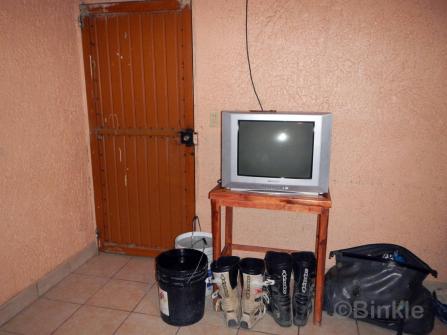 No running water on the 2nd evening 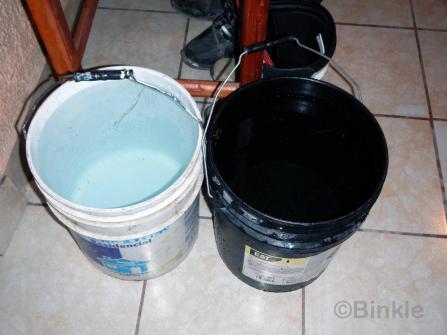 The buckets they brought weren’t even clean

But Thomas pushed to call it a day, since my engine was very loud again. So loud, that he could hear it from a distance with his engine running. Therefore, he spend the next morning opening the side covers, 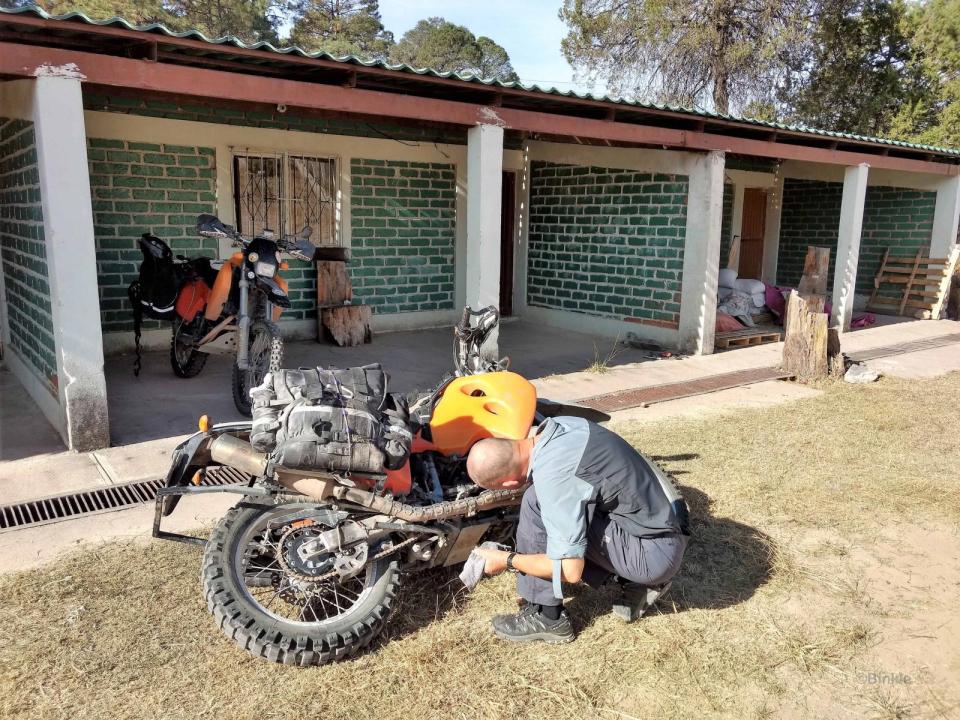 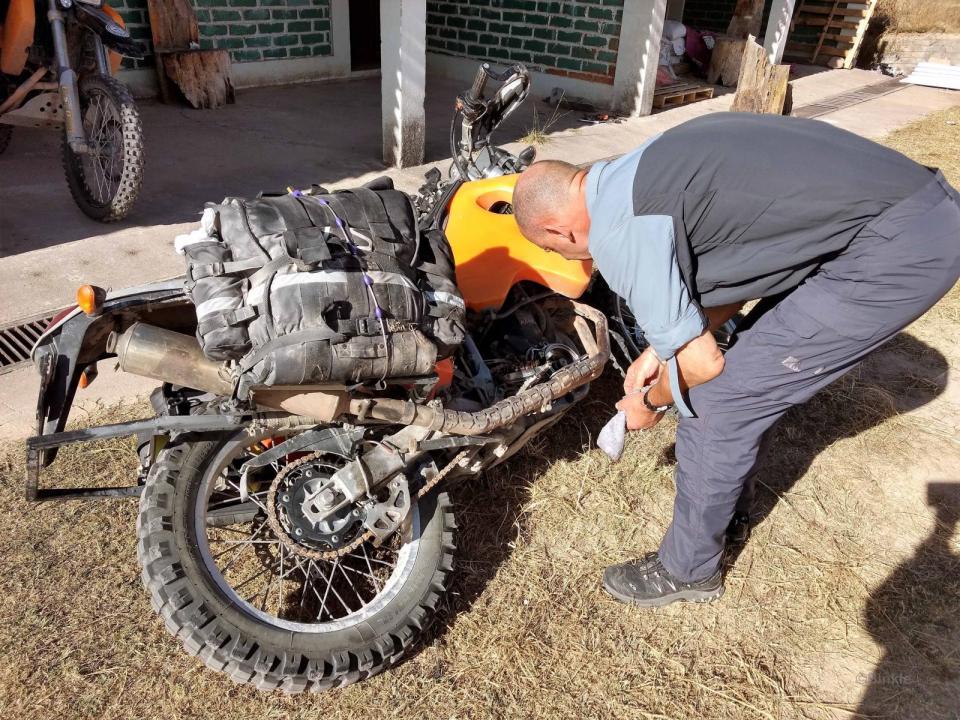 and controlling the oil drain plug. But only on the oil drain plug he found something: a few tiny silver flitters. Face sinister, I was informed that this was NOT GOOD AT ALL. Which sent me in search of transportation for my motorbike. But no matter that there were plenty of pickups standing around and the drivers only sitting in the shade drinking beer, nobody agreed to drive to Chihuahua – the closest big city.

A local NGO, living in the room next to us, gave me two valuable tips. First, not to ask to be taken to Chihuahua but to Pedernales or Cuauhtémoc, two smaller towns before Chihuahua. Second, to visit the local mechanic. Oh, there’s a local mechanic in this village??? Nobody had mentioned him up to now. Thomas ruined his ratchet and needed to borrow some replacement. Off we were in search of the mechanic. He proofed to be younger than expected and unlike his neighbors more entrepreneurial. Giving it a bit of thought, he offered to take my bike and me to Cuauhtémoc. Later in the afternoon we loaded my KTM onto his pickup. 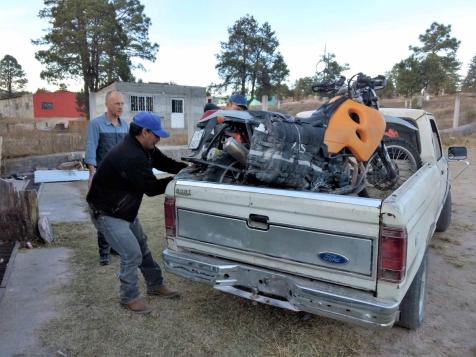 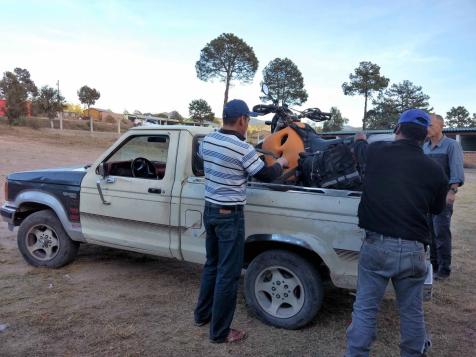 Wednesday morning at 6 o’clock he came to pick me up, then went to get his wife and baby son. That made the cab of the pickup, with only one bench, a bit crowded… Thomas followed behind as we drove quite fast along the curvy road through the Sierra Madre. Even though the town was almost 250 km away, we arrived before 10 a.m. Our mechanic offered to drop us off at a friend of his, a mechanic that speaks some English. Right next to his shop is the local motorbike dealer. The recommended hotel proofed to have a parking lot that was unsuitable to work in. We continued into the city center, where we found a hotel with a big inner courtyard parking. They even had a room for us.

Soon, an employee, like the hotel technician, started talking to him.

Miguel, the technician, speaks English and has immediately offered Thomas his help. Thanks to him, my KTM is now standing in a lockable storage room, where Thomas is allowed to work. 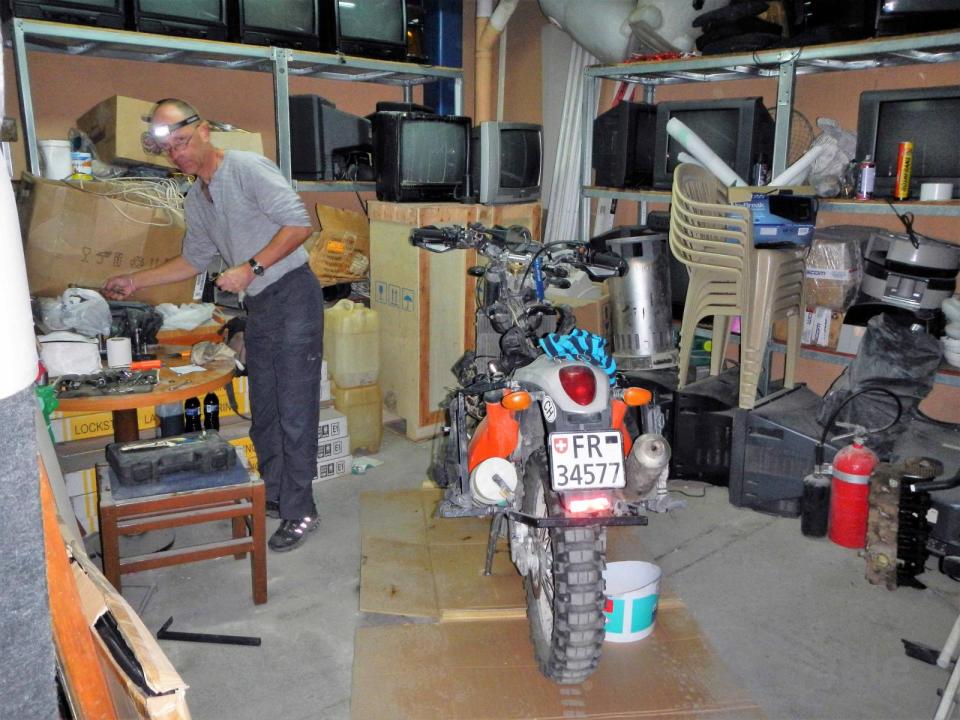 The manager of the hotel gives us 15% discount per night. And Miguel said, that Thomas only had to tell him what he needed. All can be “organized”, borrowed

And we’re very safe in this hotel. Each night the courtyard parking lot is full of police pickups. The police officers seem to stay here as well. Yesterday, a whole bunch of them left and we thought that was it. But no, new ones arrived by nightfall.

Well, now we are in Cuauhtémoc. Doctor Tom hasn’t a diagnosis yet.

Even the gurus in the different forums don’t know, what ails the patient. The way it looks, this will be a longer stay. Uncle Doctor already warned me: anything between a week and a month. Depending on how good we are, with some help, in “organizing”.

2 thoughts on “When Good Luck can’t keep up”